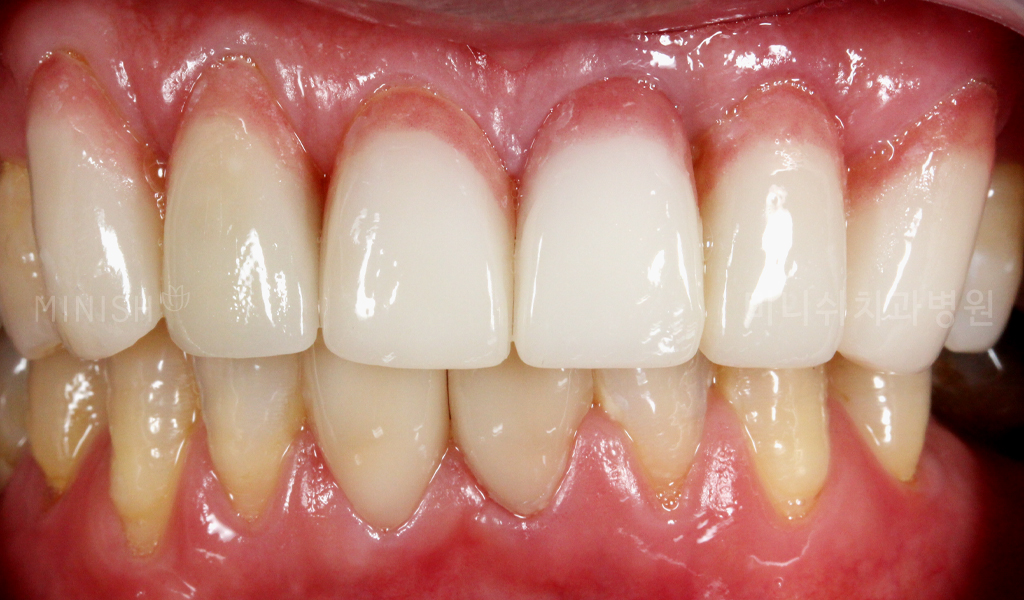 When it comes to oral disease, I think many people think of cavities first. However, actual statistics show that there are more people suffering from gingivitis and periodontal disease than cavities.

Importance of gum health is usually underestimated than it supposed to be. Gums need to support and firmly hold our teeth so they can be strong. Let’s talk about gum disease and its treatment. This article will help you find out your gum condition by giving you professional informations from experienced dentists.

The condition of the gums is checked through the depth of the periodontal pocket. If the depth is less than 3 mm, it is considered normal, but if bleeding is seen even with mild stimulation, gingivectomy may be suspected. Gingivitis is an early stage of gum disease that does not destroy bone due to inflammation, and can be recovered through treatment such as tartar removal. If the depth of the periodontal pocket exceeds 3 mm, it is considered to be outside the normal range and can be assumed as periodontitis. Full treatment is required in cases where bone damage has already occurred due to severe inflammation rather than taking the preventive measure. How to protact your gums?

Let’s take a look at treatment options for gum diseases

Scaling, which are popular dental treatments, is a technique that mainly removes tartar using sharp hand tools or vibrating ultrasonic instruments. It is the simplest treatment to prevent periodontal disease and maintain a clean mouth so it is important to get regular scaling every 6 to 12 months. Bleeding and swelling of the gums after scaling are normal. The invisible tartar or calculus can be exposed by the swollen gums. Therefore, scaling is performed several times.

After the tartar is removed, the surface to which the tartar was attached is not smooth and remains rough. Therefore it is easy for food or bacteria to get stuck there which can lead to oral cavity. So in order to prevent this, root planing is performed to smooth out the root surface of the teeth inside the gums. Through this process, what could not be removed by simple scaling can now be removed.

Gingival curettage is a treatment to remove inflamed gums. Inflamed gums cannot stick to the teeth because there is a possibility of forming a deep periodontal pocket. Therefore, we need to cut the inflamed soft tissue using a sharp instrument. After that, healthy gum will be attached to the teeth during the recovery process. You will be able to maintain a normal periodontal pocket.

Within 1 to 2 weeks after tartar removal, the swollen gums subside and turn light pink. This is part of a healthy recovery, but in some cases, gums remain dark red meaning it was not able to recover even after some time. It may even swell and bleed. This this case, flap operation is needed to cut, exfoliate the gum. Contaminants can be completely removed because the gum is peeled off and the inside is directly checked.

Protect Your Natural Teeth With Minish.

If gum disease is not treated quickly, alveolar bone may be destroyed. After treatment, swollen gums may subside but gingival margin may be exposed and even the roots of teeth may be exposed. When roots are revealed, they not only become vulnerable to toothache and pronunciation problems but also look bad aesthetically creating gaps between your teeth which is known as black triangle.

previous
4 Common Dental Problems
next
What Are the White Spots On My Teeth?